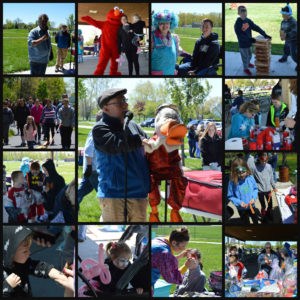 On September 22, 2019 we will have organized our 5th annual Anti-Bullying Awareness walk. The Walk will take place at Heritage Park in Taylor Michigan. This event is free and open for people of all ages to walk for the cause.  There will be food, snacks and water provided. We will also have face painting, clowns, balloon guy, magic show and Elmo during registration. There will be a guest speaker following registration.

We plan to maximize the use of all donations and funds raised at our events. Money fundraised by teams and Business will go towards walk expenses, Social Counselors, Support groups and  advocates to help victims and families being affected by bullying. We are also pushing for the production of new educational anti-bullying programs and updated informational material on bullying for our public schools.

Courtney Counts is looking for sponsors and donations to help cover the cost of our Anti-Bullying walk to keep it free for participants. In addition to the cost of reserving Heritage Park. We hope to organize many Anti-Bullying Awareness walks.

Courtney Hood was 15 years old when she took her own life due to bullying. She was bullied throughout her whole life for being “different” but it became worse when she entered high school. She was not only tormented and picked on at school, but people began harassing her through social media websites also. Courtney was not very good at making friends so when she became friends with a neighbor, they seemed like the perfect match. Although, a few years later, She started making up rumors about Courtney. She began sending Courtney hundreds of terrible messages to Courtney on Facebook and through texts telling her she’s worthless, ugly, stupid, fat, and telling her to kill herself. When Courtney eventually got fed up and upset about all the nasty rumors she was spreading, she blocked her on her Facebook and cell phone. Then this girl started creating fake Facebooks and texting Courtney’s phone from other people’s phones. When Courtney changed her cell phone number because she would not stop, her “friend” somehow got Courtney’s new phone number and continued to harass her. Courtney tried to talk to her school about her tormentor  and all the other kids that were following her lead, they did not take the bullying seriously. Therefore, Courtney developed depression and had severe anxiety attacks whenever she went to school. Her counselor took her out for the last few months of school, but she was supposed to go back to school the next fall. Because she missed so much school, Courtney was being held back and was supposed to repeat 9th grade. The thought of returning to school and continuing to be bullied and harassed overwhelmed and depressed Courtney. On August 15th, 2013, when she could no longer take it, she decided to take her own life thinking that her not being here would solve the problem.

Courtney Counts is a new organization in memory of Courtney Hood. The purpose of this organization is to raise awareness of all forms of bullying. Our goal is to help and reach out to other kids experiencing bullying situations.

When you see someone being bullied, don’t just stand there and maybe laugh or point your finger,  “Stand up for the person, whether you tell the bullies to stop or whether you tell someone or get some help.”

Any donations to this cause will be welcomed and greatly appreciated

Suicide is NEVER the answer. If you or someone you know is battling with depression and/or suicidal thoughts please call the suicide hotline: 1(800)273-8255

Take a Stand Against Bullying